Until 1987, contact between officers responsible for organising elections and electoral registration in the UK was minimal; it took place either within county groups on the occasion of county council elections, or the organisation of referenda or some other special reason for bringing like-minded people together. The only other occasions that electoral administrators met was at election administration courses either organised by the then NALGO Education Department or the South West Provincial Council. It was at one of these training courses that the idea of forming an association was discussed and a gathering of supportive colleagues organised at Wast Hills, Birmingham, in July 1987 which set the framework for the Association. 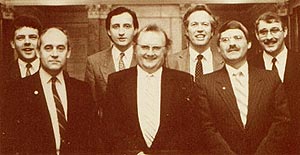 The Association’s Life President, Rod Tuck, was the driving force behind the formation of the Association in 1987 and the inaugural meeting was held in Leeds in October of that year and the first General Meeting/Seminar held in the English Riviera Centre, Torquay, in February 1988. Due to the considerable efforts of many past and present serving officers, the Association has rapidly grown into the professional organisation that it is today and which plays a central role in electoral administration both at home and abroad.

See below for information about the Life President and Life Vice-President of the Association.

Although very conscious that he no longer has “hands on” experience of training and organising elections, Rod says he has continued to follow the excellent progress made by the Association. He looks forward to the weekly bulletin, perusal of the web-site and receiving copies of ARENA. In particular, he is proud of the continuing progress of the Association’s qualifications and congratulates all concerned.

Since retiring in the summer of 2007 after 51 years service in local government in the south Devon area, Rod is still invited to give talks about “free and fair elections” based on experiences obtained in the 1980s and 1990s. Needless to say, he is still able to include references to the initial planning and setting up of the Association in October 1987 and, when appropriate, Torbay’s moments of fame in 1983 and 1987 with the announcement of the first result in those general elections! 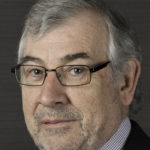 John was formerly Deputy Chief Executive and Director of Public and Support Services at Norwich City Council and was the Electoral Registration Officer and Returning Officer for the City until March 2005. After that, he became Chairman of the Association until 2007, when he was appointed as the Association’s first Chief Executive, a post he held for 11 years until he retired in February 2018. He was also Chairman of the Qualifications Board until he relinquished that post in July 2019.

He has been involved in elections for well over 35 years. He now runs his own consultancy and you can guess what the main business is. Away from elections, his main interests revolve around local football (not supporting Norwich City), gardening, and his two grandchildren who keep him happy but poor!